Lying amidst the lower Shiwalik hills, Parwanoo is a famous hill station of Himachal Pradesh. The city is located along 22 National Highway in Solan District. As it lies at the border of Himachal Pradesh, Parwanoo serves as a gateway to several scenic hill stations like Pinjore, Kasauli, Dagsha and Subatru. Also called as Orchard Town, Parwanoo is known for its beautiful orchards. It has developed tremendously from a small village to a major industrial city in the past few decades. Besides being a prominent industrial hub, it is also a well known horticultural center. From administration point of view, Parwanoo is a municipal council in Solan.

According to historians, Parwanoo got its name from Ooncha Parwanoo, a village that lies adjacent to Haryana. As there was barely any kind of development or activity in the region, Parwanoo was unnoticed for several years. However, the city gradually developed into an industrial township after Himachal Pradesh became an Indian state in 1971. Owing to the efforts of Shri Y S Parmar, the first Chief Minister of Himachal, the little town was transformed into a flourishing tourist spot.

The region experiences cool weather throughout the year. Winters in Parwanoo are quite cold and chilly. Unlike other regions of Himachal Pradesh, the city does not experience heavy snowfall in winters. Minimum temperature observed in Parwanoo is -4 degrees Celsius. Weather in summer is pleasant and warm. The hot season commences from March and lasts till June. Days are bright and sunny while evenings are cool and pleasant. Monsoon in Parwanoo starts from April and ends in July. 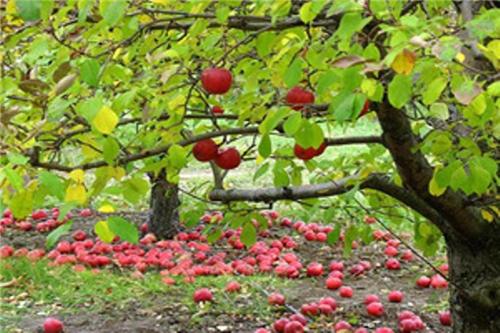 Famous for a large number of orchards, the city is named as the Orchard Town of Himachal Pradesh. Fruits such as peaches and apples are grown in abundance in these orchards. Several fruit-based items like marmalades, jams and juices are manufactured in Parwanoo.

Parwanoo is a prominent industrial city. About 80% of the population of Parwanoo is engaged in the industrial sector. Most of the industries are engaged in the production of fruit based products, watches, plastics and motor parts. HPMC is the largest fruit processing unit of Parwanoo. Other renowned industries are Kapco International Ltd, IND-SPHINX Precision ltd, Morepen and Purolator. The Himachal government has set up many industrial sectors and has given incentives such as exemption from taxes and financing incentives to promote the establishment of small scale units here.

The beautiful city encircled with pine and fir trees is ideal for trekking. There are a few trekking trails in the hills and forests of Parwanoo. Besides these, the Timber Trail is a popular tourist attraction. The cable-way ride offers a striking view of the Shivalik Hills and the Kausalya Valley. Parwanoo also has a few sacred temples and shrines such as the Sheetla Mata Temple and the Shri Balaji Temple.

Comments / Discussion Board - About Parwanoo